You may recall I recently asked for prayer regarding the past several weeks of a flare-up of a long-time battle with anorexia coupled with a digestive issue combined with very strong attack from the devil as well as much testing from the Lord and a resurgence of much anxiety which had not reared its ugly head to that degree in quite some time as well as great need for much more financial giving to the ministry given the very few people giving these last few years despite the ministry’s growth by God’s grace. Thank you to those who prayed & to the person who graciously gave.

I am now coming before you to tell you that two nights ago, unexpectedly and tragically, my beloved precious paralyzed ministry dog Mr. Simeon died in my hotel room late in the night. I am shocked, heartbroken, and grieving.

Mr. Simeon was in my life for nearly eight years after a hit-and-run driver ran him over and left him for dead. He was rescued by a young woman who sadly one year later left her boyfriend with whom she had been living whereby I found Mr. Simeon in the boyfriend’s care in a terribly neglected state.  He was emaciated, had a skin infection, super long nails, and his body was surrounded by tons of feces. The Lord led me to take him under my wing, and Mr. Simeon was an enormous part of my life ever since.

Despite having had countless dogs pass through my life over the years through my dog rescue work in the past, only one other time did I form the level of bond I had with Mr. Simeon. Mr. Simeon, unlike other paralyzed dogs I have had in my care, had no mobility without his wheelchair. He was 100% dependent on me for absolutely everything, and given his medical issues coupled with his paralysis, I did not have a single day in all those years without big challenges in his care. But it was worth every moment of challenge given the phenomenal bond the two of us formed.

People oftentimes strangers used to remark on what would happen if I left Mr. Simeon’s side for even minutes. They noticed how he would follow me with his eyes and never want me out of his sight. He looked to me like we should look to the Lord. With total trust, love, and adoration. Even when I fell short at times, which I most assuredly did, not only did the Lord forgive me, but so did my sweet Mr. Simeon.

Mr. Simeon had received a wonderful report from his vet about a week ago. There was no indication at that time I would so soon lose him.

By God’s grace, countless people from around the country and even some from around the world in the past 3.5 years since I’ve been on the road for the Lord and ministry heard about Jesus and received love, encouragement, Gospel tracts, prayer, etc. through Mr. Simeon. They would see me walking the wheelchair dogs on the streets or beach, come up to us, and the Lord would open the door for me to talk to them about Jesus and/or give them one of my Finding the Light Gospel tracts with a photo of Mr. Simeon and paralyzed Miss Mercy on the front in their wheelchairs.

I called Mr. Simeon “preacher boy” because he would not bark. He would not howl. He would “talk” and even had the facial expressions to go along with his words and move his head and focus on people as though engaging in conversation. I would tell people he was preaching because I felt he would get louder when I would talk to people about Jesus. He even while we watched a church group singing in a park “sang” along with the those singing to the Lord.

He loved his wheelchair walks beyond belief. He even took a walk the day I lost him. Never in a million years did I imagine that would be the last walk I would take with him.

I was so looking forward to this fall of taking him and his best buddy paralyzed ministry dog Miss Mercy to the beach on Hilton Head, SC, which is our current location. But the Lord had other plans.

Given the tremendous amount of time involved in caring for Mr. Simeon, I believe the Lord is making me freer to love and serve Him with all my heart and to be increasingly available to tell the world about Him.

That said, I cannot even begin to tell you how much I am hurting right now. There simply are no words. I thank the Lord He is carrying me, that friends and family alike are offering strong love and support, and that I am resolved more than ever not to quit because of this unbelievable loss but to keep helping people worldwide to believe in and follow the Lord Jesus Christ.

The Lord has made clear He is calling me into a season of rest. I believe I will be doing some writing but will be spending much time getting physical rest, fresh air, spending time with Him, studying the Word, unwinding, and whatever He desires. I have been on the road for about 3.5 years now with very little rest along the way.

Friend, I would ask of you three things:

1. Please if you have not already turn from your sins, believe Jesus Christ is Lord and in His death and resurrection, and commit your heart and life utterly to the Lord and His ways as He teaches in the Bible, receive the gift of His Holy Spirit, and receive God’s forgiveness and the promise of everlasting life with Him instead of hell and the lake of fire forever apart from Him.

2. Please pray as often and as much as you are led for me, Good News Ministry, my other ministry dogs, and the people worldwide the Lord is reaching through the ministry.

3. Please consider making a donation to Good News Ministry in memory of Mr. Simeon and most of all please consider becoming a Monthly Sponsor which would be a blessing beyond measure.

I have had a pretty challenging life, and what to some may seem like little blessings to me are really big ones. Mr. Simeon was truly one of the greatest blessings of my life. I thank the Lord for the years He gave me with Mr. Simeon. And I pray the Lord will continue to carry me forward and to use me to bring glory to His name as I press on in life and ministry. 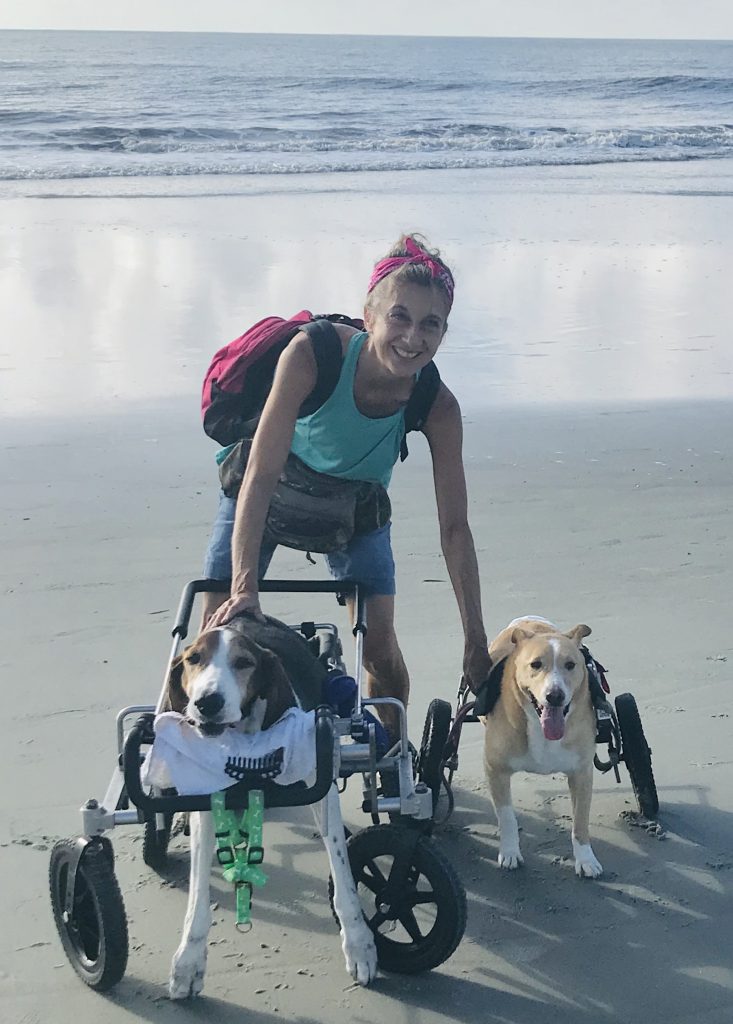